As National Marriage Week approaches, Time for Marriage (TfM) is launching a course to help newly weds build strong marriages. This comes in response to statistics that show marriage breakdown peaks between four and eight years, with 13 couples getting divorced every hour, in England and Wales.

The weekend course is designed for couples married for two years or less. It will focus on some of the key issues experienced early on, including the emotional ‘baggage’ couples bring into their new relationship. ‘How well couples recognise and deal with this baggage in the early years can have a big effect on the marriage relationship in subsequent years,’ says Andy Banes, joint TfM executive director. TfM believes this type of course is a first in Christian marriage ministry.

Newly-weds Will (32) and Debbie Elliot (37), who took part in TfM’s course when they had been married for eight months, say the course ‘gave us the chance to build an excellent marriage, not just an ok one’. Debbie, whose first marriage was abusive, says she and Will found the first few months of marriage harder than they expected: ‘I brought insecurities and mistrust from my first marriage, and it caused arguments.’ Will, who also struggled with issues of trust, says the course ‘helped us get things in perspective, so we could deal with problems without negative emotions kicking in’.

With nearly one-third of UK engagements taking place on Valentine’s Day, TfM wants couples to see the importance of building a healthy relationship from their wedding day onwards. ‘Doing our Time for Marriage – Just Married course is an ideal way for couples to strengthen and enrich their marriage before they start a family, with all the added stresses and strains that come from raising children,’ says Fiona Banes, joint TfM executive director. ‘Marriage preparation courses are valuable, but couples are often feeling too “loved up” and caught up in the wedding whirl to really imagine there might be some important groundwork to do, to make their marriage the best it can be.’

Andy and Fiona speak from personal experience: just six months into married life, they found that their relationship was harder work than they had anticipated. Four years and two children later, the cracks became so deep that they discussed divorce. ‘Going on a Time for Marriage weekend helped us to appreciate God’s plan for our marriage and to understand each other much better,’ Fiona says. ‘We could forgive past hurts and share a hope for the future. We’ve now been married for 22 years.’

‘Couples come on our courses on average at about ten years of marriage, but so often they tell us they wish they’d done this sooner in their married life. We want to make that happen for couples with our Just Married course,’ says Andy.

TfM’s residential courses are led by trained teaching couples, who draw on personal examples of their own early years of marriage. The aim of TfM’s biblically based teaching is ‘allow space for God to move couples forwards in each area of their relationship’.

This year, TfM will also reintroduce marriage weekends for church and ministry leaders, in response to couples who have told them that, as leaders, they lack a ‘safe place’ to seek help and guidance with their marriage. The first Time for Marriage – For Leaders weekend will take place on 15-17 May, with further dates planned for 2015/16. ends

Editor’s notes: • Around 13 couples get divorced every hour in England and Wales. Almost half of these occur in the first ten years of marriage, according to the Office for National Statistics, and the peak time for breakdown is between four to eight years of marriage.  Source

•Time for Marriage www.timeformarriage.org.uk was founded in 1984

•TfM also works in partnership overseas with countries including USA, Pakistan, Uganda, Kenya, India and Zimbabwe, who use TfM’s materials.

•TfM courses’ content does not involve couples in sharing with others, unless confidential advice is specifically sought from leaders by the couple themselves.

Find out more about our Just Married weekends here. 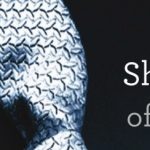