Infidelity is rampant in nature. Birds, mammals, amphibians and even fish all cheat if the conditions are right, forcing mates to remain perpetually vigilant. People are no different. Although cheats are publicly condemned, or in some cases impeached, infidelity is common and public disapproval does little to dissuade the sinner. The disapproval of God, however, is a different matter, and a new study suggests that prayer can indeed guide people away from adulterous behaviour reports the Economist <http://economist.com/node/16886238?fsrc=scn/fb/wl/ar/faithandfaithfulness> .

Frank Fincham at Florida State University and his colleagues knew from looking at past studies that couples who attend religious services are more likely to be satisfied with their marriages and less likely to be unfaithful than those who do not, but they did not understand why. Speculating that the act of praying might itself cause romantic relationships to become more resilient, the team set up an experiment to explore prayer and fidelity.

The researchers recruited 83 undergraduates who reported both being in a romantic relationship and praying at least occasionally. Participants were given a survey that is used by psychologists to measure levels of infidelity on a nine-point scale (with nine being highly unfaithful). The survey instructed them to think of the person that they were most attracted to besides their partner and then asked questions like how aroused they felt in that person‚Äôs presence, how emotionally intimate they had been with him or her, and how physically intimate they had been. In a second survey, participants were asked to state how strongly they agreed with statements like ‚Äúmy relationship with my partner is holy and sacred‚Äù, by rating levels of agreement on a nine-point scale (with nine indicating very strong agreement).

Following the survey, the participants were randomly assigned to one of four daily activities: praying for the well-being of their partner, engaging in undirected prayer, thinking about positive aspects of their partner or reflecting upon their day. Participants did as they were asked for four weeks, and kept written logs of what they were praying (or thinking). At the end of this period, the team again measured infidelity and how sacred the participants felt their romantic relationships were.

Dr Fincham and his colleagues report in the Journal of Personality and Social Psychology that although all participants had similar infidelity ratings, averaging 3.5, to start with, at the end those ratings varied considerably between the four groups. People who had prayed for their partners averaged 2.4, significantly lower than their initial scores, whereas those who thought positively about their partners or considered their day both showed ratings of 3.9‚Äîsignificantly higher.

Be careful what you pray for! What struck the team as particularly intriguing was that participants asked to engage in general prayer showed an average rating of 3.2, a value much lower than they were seeing for the other two control conditions. This hinted to them that the mere act of praying increased fidelity. In fact, things were more complicated than that. Four participants in the ‚Äúundirected prayer‚Äù group had, without prompting, decided to pray for their romantic partners on a daily basis. When Dr Fincham and his colleagues took this into account, and shifted the scores of these specific participants to the ‚Äúprayer for partner‚Äù group, they found that those who prayed for partners showed an average infidelity score of 2.5, whereas those who engaged in undirected prayer had an average infidelity score of 3.6. Undirected prayer, then, did not seem to make much difference.

Scores reflecting participants‚Äô views of how sacred their romantic relationships were changed during the four-week period as well. Values at the start of the study were much the same among all participants, averaging 3.2. However, by the end of the study, those who had prayed for their partners showed stronger beliefs that their relationships were sacred than those who had just had positive thoughts about their partners, with average scores of 3.7 and 2.8 respectively. Dr Fincham suspects that the act of praying about romantic partners leads people to view their relationship as something sacred and not to be damaged. This, he argues, is the force that is reducing infidelity in the study.

Yet even with these findings, the team knew that a crucial limitation of their work was that all of the data were self-reported by the people doing the praying. To know for certain whether praying for romantic partners strengthened relationships, they needed to go further. In a follow-up experiment they therefore asked 23 undergraduates who had romantic partners, and who stated that they prayed at least occasionally, either to pray for their partners daily for four weeks or to think positive thoughts about them every day for the same amount of time.

At the end of this period, participants came to the laboratory with their partners and, while being videotaped together, were asked to describe the short or long-term future of their relationship. The videos were then presented to five trained research assistants who were unaware of the goals of the study. They were asked to rate the level of commitment that the participants demonstrated towards their partners during the interaction on a scale of one to seven (with one indicating a participant who was‚ not at all committed‚ and seven indicating, extreme commitment).

The team found that those who prayed earned scores that were significantly higher, averaging 5.3, than those who had thought positively, who averaged 4.6. This suggested that what participants had reported about themselves in the first study accurately reflected how prayer affected their romances. Thus, whereas other animal species must resort to constant vigilance to reduce the risks of infidelity, humans (or at least those who have a faith) have an extra tool in the box: religion. Indeed, people worried about potentially cheating spouses may find praying together a better safeguard against adultery than checking mobile-phone bills and scrutinising credit-card receipts‚and one that builds trust, rather than destroying it. 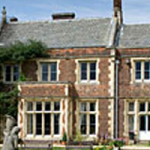 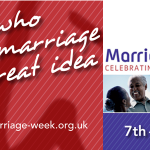