Forgiveness is at the heart of daily life. Believe it or not, as humans we are not perfect people! We’re flawed, and we make mistakes. People hurt us which can make us want to hurt people back. Hurts can build up and before we know it we’re holding a massive grudge that we can’t get around or perhaps our partner has done the ultimate and had an affair. That’s unforgivable, right?

It’s a well known quote but the fact is when we don’t forgive, the main person that gets hurt is actually us. We’ve seen the damage done when people don’t forgive – it drives a massive wedge between their relationship and they just get caught up in a spiral of upset. You may have seen stories in the media of lives that have been destroyed through appalling acts and the families that demand payback on the perpetrators. They are understandably in a lot of pain. But equally, there are profound stories of families that choose to forgive despite everything. I don’t believe for a minute that the pain is less for them, but there is a resolute choice to stop further damage being done to themselves and a choice to try and move on for their own wellbeing. It is proven that forgiveness is good for our mental health.

When we forgive, we release ourselves from having to feel hurt and remember all the tough stuff all the time. We free ourselves up. We’re not saying it’s easy. Sometimes we have to force ourselves, but we’ve found that ‘practice makes perfect’ (or at least makes it easier).

We’re fortunate that we haven’t had any major betrayals in our marriage, BUT we did get into some pretty selfish behaviour early on where we were tired because the kids were small and we just were focusing on ourselves. We were also disappointed with each other; when we’d got married, we thought we were going to have this perfect magical love that would last forever, and suddenly in tiredness, we were seeing behaviour in each other that definitely was NOT magical! The more we focused on the negatives and where we were letting each other down, the more the grudges built up and we found we didn’t like each other very much. We came to a crisis point where we wondered if we should separate. We decided not to and eventually went on a marriage enrichment weekend where we learnt the importance of forgiving each other. We made the decision to actively forgive each other all the stuff that had gone on, all the little niggles and the petty arguments. It was like a great weight had lifted off us, and we were able to rediscover what we loved about each other.  Since then we’ve got into a habit of forgiving each other quickly. Believe me, if you knew us, you’d know we ROW!!! We have some feisty arguments, but our practice of forgiving each other and trusting that the other is good and cares about us has helped us not to get stuck in a rut. This was proved a couple of years ago when one of us messed up pretty big and yet the other one was able to forgive pretty much straight away.

SO how does it work?

Forgiveness is NOT condoning what was done – ‘oh it’s ok it doesn’t matter’. It’s not excusing the behaviour either – ‘that’s ok you’ve been through a tough time’. And it’s not pretending nothing happened – it DID, and it hurt! We’ve got to accept they messed up and process why. It’s also not waiting until we feel like forgiving them because that day may never come!

Forgiveness is a choice

Instead, forgiveness IS about choosing to give our partner a gift they possibly don’t deserve. We’re in a world obsessed with fairness which tells us people deserve punishment for bad behaviour. But the fact is we all mess up. We’ve got to believe that our partner is ultimately a good person, and we also need to take time to understand what was going on behind what they did. Perhaps something in our relationship drove the behaviour and we need to talk about this and make plans to change. Ultimately, we need to make the decision to choose to forgive because we care for our partner and want the relationship to work. We need to mean it from the heart and choose not to hold grudges.

The phrase says ‘Forgive and forget’ but we struggled with this. We couldn’t miraculously blank what had happened from our brains BUT what we learnt is that forgiveness is choosing not to remember it. Choosing NOT to replay the video of what they did back in our brains consistently, choosing not to tell everyone else where they let us down. Although possibly we may need to get some professional help to process what has gone on. But in practising ‘forgetfulness’, we’ve honestly have found we have forgotten stuff that’s happened.

One thing we found helpful was to write to each other. In writing down, our thoughts and how we feel, its’ allowed each other to ‘step into the other’s shoes’ and take some time to really understand where they are coming from. It’s allowed one of us to truly say sorry from the heart without the other interrupting with their anger. It’s allowed the other to say how much it hurt without the other getting defensive. It’s also allowed time to reflect, process and come up with ideas on how to move forward.

Ultimately, when we forgive we press the reset button, we can start again and thank goodness we can because next time it could be us messing up and needing forgiveness.

This article was written for the Premier Radio e-book – Six Key Ingredients for a Healthy Marriage. You can download a free copy of the book here. 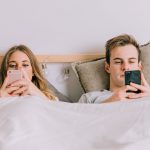 Are you a Phubber?Christian Marriage 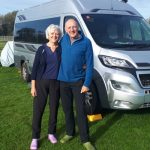 I haven’t killed him yet!Christian Marriage