We’re delighted to have another great blog from Dave & Liz Percival from 2-in-2-1 who are guest blogging for us this month.

This Christmas will be the first in more than 60 years that either Liz or I will have had a “single generation Christmas” – thus far in life we have always had at least one other generation celebrating with us, and on occasions we’ve even gathered as four generations.

That got me thinking about the roots of the Christmas story – and the relationship between Joseph and Mary.

The writers of the gospel narratives tell us that Mary was “betrothed” to Joseph. To understand that concept we need to first understand just what a big deal getting married was in the culture of the time. First we need to recognise that the marriage was a lot more than a celebration of romantic love between a couple. In all probability the marriage would have been “arranged” – it was a union between two families. Then there is the small (or rather, large) matter of the “bride price”. Here in the west we deplore such practice as “selling the bride”, but in that culture it is about honouring the bride’s family as a means of thanking them for the beauty of their daughter, and for all that has gone into raising her as a young woman. Giving gifts bestows honour on the receiver.

Once the Bride Price has been paid, the son or groom-to-be, returns to his family home, and the bride to hers, and the two will not meet again until the day of the wedding. This may be several months – it is a time of preparation. The groom-to-be busies himself with preparing the home for his bride – either a new “house” on the family land (for the rich), or more usually a separate room in his father’s house where the couple will live as part of an extended household. The bride meanwhile is “prepared” by her family – part of this is preparation for the day of the wedding (dress, hair etc), but also it’s a time of instruction in being a wife, and in all probability, a mother.

There is one key difference to our modern practice however – no-one knows when the wedding day will be – or at least almost no-one – only the groom’s father knows. He tells no-one, not even his son, and won’t allow the wedding to take place until he is sure his son has completed all his preparations, and is ready (emotionally as well as practically) to marry, and until he is sure that the bride has had time to prepare too. Only once that moment arrives does he tell the groom and his friends to go and fetch the bride!

The arrival of the groom to get the bride is a complete surprise – typically in the night. The best man is despatched an hour or so ahead of the rest of the party and will blow a Shofar to announce the arrival of the groom. The bride must instantly get up, dress and with her bridesmaids and immediate family be ready to accompany the groom and his friends back to the groom’s village. The bridesmaids are primarily responsible for holding the flaming torches to light the bride’s way, whilst the groom and his friends provide protection.

There then follows a week of celebration – the first day with just the limited party already assembled, the next day with the wider family of relatives, and the third with villagers of both sides of the wedding. No limit of 15 people evident here – it’s whole community event!!

So the context of the Christmas story, and Mary’s betrothal to Joseph, is of a bride and groom in their time of waiting. Of course we also know that it was a time of disruption by the government, ordering everyone to return to their traditional village or town, and in the case of Joseph and Mary, followed by fleeing as refugees to avoid the massacre of the small children ordered by the Roman’s puppet ruler. A time when the government rules rudely interrupts tradition – that seems familiar!

As we celebrate Christmas this year perhaps we should reflect on how much meaning we have taken out of the act of marriage in simply seeing it as the celebration of the love of two people. We’ve lost the understanding of the alliance of two families, the importance of readiness both of home and person, and its linkage to the expectation of the creation of the next generation with the support and involvement of both family and extended community.

The Christmas story means so much more when we recognise the value of marriage.

Dave & Liz run 2-in-2-1, a hub for marriage support. They are avid supporters of Time for Marriage and are part of our Council of Reference. They are also involved with Marriage Encounter and on advisory panels for many other marriage initiatives. 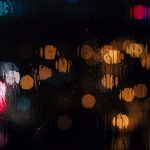 Marriage is an antidepressant!2-in-2-1, Christian Marriage 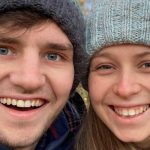