This was the question asked the Weekend section of The Daily Telegraph on Saturday 27th April 2013. Linda Kelsey, while researching an essay for her degree course, came across a surprisingly frank discussion of the above question. Surprising because this material was from 1888! An essay written by “the radical writer Mona Caird” was the spark that began an “avalanche of correspondence” to the Telegraph 125 years ago. The newspaper posed the question to its readers and 27,000 of them responded. These responses were not a quick email or even shorter tweet but were hand written, Royal Mail delivered, old fashioned letters. The barrister Harry Quilter compiled the letters into a book which is to be found in the British Library and Kelsey dug enthusiastically into it discovering a similar mix of ideas and feelings to that which you might find if you asked the question today.

Caird had written for the Westminster Review stating that marriage is “a vexatious failure”. She saw marriage in Victorian society as reducing a woman to “a dog in chains”, subordinating and limiting her physically and mentally. She advocated reforms that would allow women to develop and pursue interests outside of their homes giving them an independence that freed them to choose to marry (or not), for love rather than for social and financial security.

I was particularly affected by some of the excerpts from letters that Kelsey quoted. One wife wrote that “the sufferings of the failures are very great”. How true, whatever century you live in. There was also the wise insight that “men and women expect too much of each other” without considering “that marriage means voluntarily taking upon themselves more duties, more cares, more sufferings, as well as gaining more pleasures”.

Four of the letters were printed alongside Kelsey’s article giving a flavour of the real life thoughts of a section of 19th century Britain. It wasn’t just husbands and wives who wrote in; it was also bachelors and single women. A “Perplexed Bachelor” wondered if “marrying each other for love, and being true and constant to each other” was extinct. We might ask the same question in 2013.

Kelsey says that “marriage is in crisis for reasons both similar and different” to those of 1888. We women have so many more opportunities now yet we still face the realities of ‘failed’ relationships and societal pressures to be part of a ‘couple’. All the reforms and progress made have not changed that. A single woman wrote in 1888 that the difficulty was “finding a congenial male” – a difficulty many single women would echo today. A bachelor wrote with the suggestion of being able to advertise for a wife – Kelsey wondered if he would have liked online dating. He didn’t think it “advisable for the woman to advertise” though.

Marriage can be wonderful; it can also be daily suffering, as these letters show. The challenge then, as it is now, is to do what we can to make our marriages ‘successful’. A ‘British Matron’ wrote that, “Marriage has been invariably a success when contracted in the right spirit and by fitting partners.” I would suggest that both husband and wife need to seek to have a right spirit and to be a fitting partner. We cannot change our husband or wife, only ourselves.

Kelsey says that Caird “believed marriage should be an equal partnership to the benefit of both parties”. What a great idea in 2013 as much as in 1888!

Jacqueline is a member of the Time for Marriage team and when not teaching Time for Marriage weekends with husband Graham, can be found working as a volunteer counsellor for The Olive Tree Centre Counselling Services, walking her dog or doing family stuff with her children and grandchildren.

Why not find out more about healthy marriages on one of our weekends? 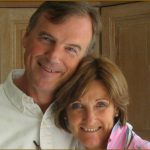