We were fortunate enough to attend Marriage Foundation’s 10th birthday celebrations recently.  In the last 10 years this organisation has steadfastly advocated the benefits of marriage using ground breaking research to heighten public, media and government awareness.

Shaun Bailey gave a powerful speech on marriage.  Although in his words he was ‘preaching to the choir’, he bought some challenge to how we can better champion marriage in the public arena.

So I come from a poor single parent family in west london struggling in all the ways that single parent families struggle. Now of course I could tell you about the financial struggle but I imagine that’s actually fairly obvious. But the other struggle that I can contrast against my life now. I’m married to Ellie. We’ve been married for 17 years. All of our dramas look entirely different to the dramas I had growing up. They are the same dramas but they have a different approach and a different outcome. It’s simply because I have an ally. I have an adult in my house who’s more concerned about my welfare than I am. I have an adult in the house who I can palm off … I want to say 50 but it’s probably about … 80 percent of the child caring duties. But the point is if I have a trouble we are in it together. The social, emotional, psychological, societal and financial impact of that partnership is beyond measure. There is a reason that married people – particularly married men, because men are largely useless on their own – do better. I don’t have to tell you that married people spend less time in hospital, less time in jail, make more money and pay more taxes. So from that angle alone politicians should be shouting this from the rooftops. This isn’t a moral crusade. For me it is personally. But for other politicians it doesn’t need to be. This is about the viability of Britain plc.

My biggest ambition is to stay married

So when you ask yourself why a young black boy from Ladbroke Grove who’s routinely been told that marriage does not work, is not relevant, and never happens in our community, made it my number one priority to become married. And then when I stood for parliament and a BBC journalist asked me what is my big ambition – I look back and I think he was referring to did I want to become prime minister – but my answer was to remain married.

You can read more highlights here or watch the full speech here. 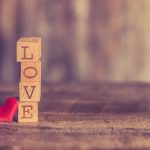 What is love anyway?Christian Marriage